Understanding Diversity – Bringing our Creativity to the World 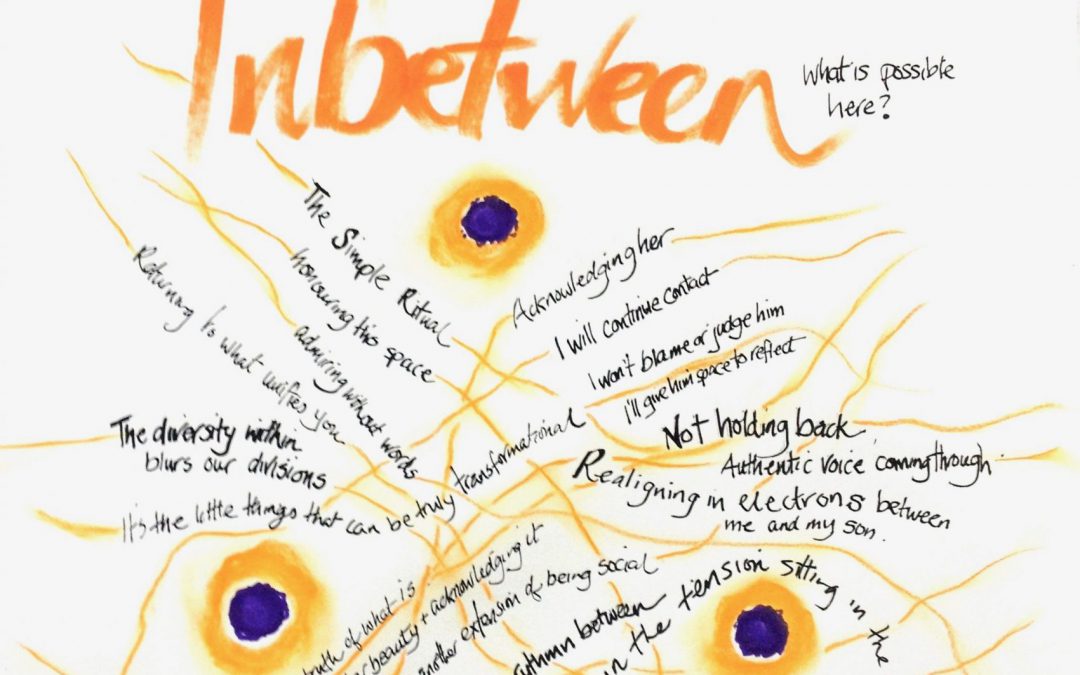 The first time I heard I would be going to a summit on diversity I had no idea what I was getting myself into and no clue as to how profoundly powerful it would be. It all began at ‘home’ at the core.

Arnold Weinstein grew up as an identical twin, which affected his perception of his identity. Most people could not tell him apart from his twin brother which meant he started life with a “blurrier” sense of his edges. In short, it gave him a fairly unique take on the world right from the start.

Unlike most of us, he did not grow up with a “normal”, fixed sense of self because he was so physically similar to someone else – his twin brother. People confused him with his brother so in some ways they thought he was someone else. He has grown consequently with a conviction that the outward forms we see may not be what they seem. For him it became easy to swim between what most people see as something fixed, because his way of looking and understanding had become unfixed from his life’s experiences. His encounters therefore were full of possibility and diversity.Life was a fluid interchange of possibility.

He experienced first hand the wealth we can harvest in our lives and work from this place and he highlights how the artist in us knows and experiences this, often unnoticed every day.

Our left brained and logical self is celebrated daily in the outer world in the ways we organise and strategise, but how much space do we leave for our right brain, our creative eye, the eye that perceives so much further afield – sensing more meaning, significance, and interconnection?

I am a twin, although not identical, so I can’t claim such an intense early experience as Arnold W. But I am an artist born from two cultures, and I can also relate to living in, what I now call “the space in-between”, or the water that runs between landmasses; a hugely creative place. Let me explain.

We were visually facilitating at the Summit on Diversity in India and collaborating with Being at Full Potential. Participants, myself included when I wasn’t drawing, literally stepped into this “space in-between” and experienced it first hand.

In my case I found myself telling a story from my past of when my Spanish mother-in-law and I found ourselves in a rather passionate interaction about how we view life. We soon found ourselves outside of our comfort zones and swimming in this “space in-between” each of us. Here we were trying to express how we perceive life (and perhaps discovering words for that at the same time) to someone who we discovered then, might as well have been from Mars.

What I discovered in that interplay, helped me understand where we were both coming from, and I could only have done that by listening to her from an unfixed place within me; from a place where nothing is necessarily as it appears. This is a very malleable place.

Being in that space made it possible to listen more and hold more of her truth without jumping in and contradicting her and filling up the space with more of my own noise. What we are talking about here is a space that is hugely creative, where a sort of natural human communion can and does exist.

That conversation broke through so many cultural and personal barriers. I could then see that she sees life much as a photographic scene that is fixed and unmoving, and I see it a bit like those desert mirages forming and un-forming depending on where you stand. No cultural norms here, or racial, religious or societal difference, just images from human perception and a fascinating coming together.

Two very different people in communion with their differences sitting and looking at it together, as if taking a break from painting and comparing and contrasting brush strokes and colour usage as inevitably as artists will do. In that moment, we became artists together, creating a new form of relationship – Conversities.

Going forward to the Summit in India, I could see how we had also become like musicians tuning our instruments to create a beautiful, new melody.

When we left, we got on planes to different parts of the planet, and took ourselves and our learnings back home. We have since each stepped back into the same homes, work and relationships on our returns yet have each noticed profound changes in our outer worlds, those worlds we thought we knew. I have noticed the differences firstly in myself and then in the responses from others. My personal relationships, some of them historically quite challenging, seem more malleable and less rigid, (there’s that space again) with more possibility for creating something better between us. The water that  runs in the spaces between us is richer, gentler, and more colourful, with a sense of far more possibility. What I thought wasn’t working in my relationships has suddenly opened up to connection and engagement. I feel now that we are starting anew.

This personal experiencing has shifted us and given us such deeply powerful insights on something we thought we understood – “diversity”. It has changed each of us and directly affected the ways we interact with others.

We have dived deeper than a surface interpretation of the word diversity might suggest – multi-cultural get-togethers for example. We have discovered new approaches to old patterns in ourselves and in our relationships with others and with our work and daily encounters.  Seemingly unworkable differences between us have transformed into invaluable and enriching encounters, and brought new understanding and responses to our apparent differences.

I believe this new take on diversity can deepen our creative work in the world for the benefit of all; this quality of “in-betweenness” can support what we so often experience as struggle and separation to the enormous benefit of lives, work and potential.

Might we all take on more of the artist in us and dare to look beyond what we think we are and the labels we give to what we see, and delve a little more deeply passed the visible and into what lies just below the surface – our creative potential – in order to bridge the gaps and transform what we experience daily at work and in our lives? I think it’s worth a try!

This new space is the creative eye in action that reaps an infinitely rich harvest for us all.

Don’t Turn Away From The Art of Life