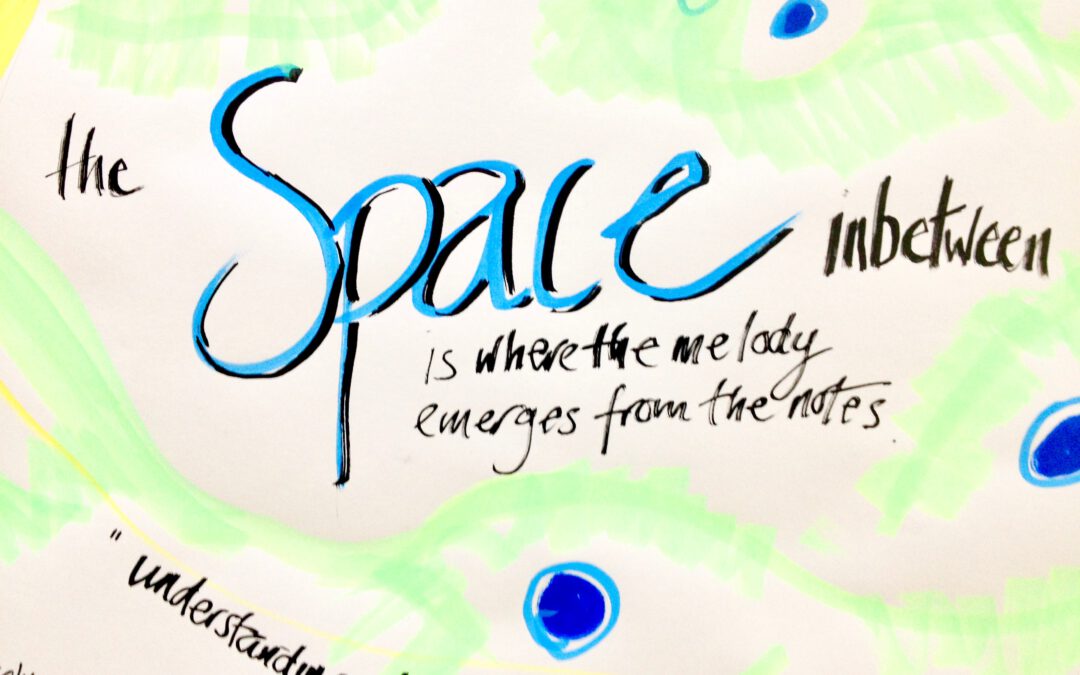 Space In-Between – I sense that many of us are experiencing these Covid-19 times as a kind of liminal time – as a sort of space in-between time. And perhaps it feels as if it has been thrust upon us breaking up the constant flow of life as we know it.

Whatever it feels like, and for whatever reason it has landed here, as with any space in-between something has ended and yet the new has not yet appeared and we are functioning though not quite as before as if in anticipation of something to come.

The space in-between times are actually cyclical in our lives as ways of being grow old and need to fall away and make space for something new to emerge.

The space in-between can be seen as a mere absence of what used to be or it might equally yield a rich harvest where we catch a glimpse of some new aspect of ourselves wanting to come through. In this way the moment becomes pivotal, powerful and not absent at all.

This often uncomfortable, unknowing “in-between” therefore offers a space which can be highly creative where we listen and radically allow whatever is heard to be audible without constraining it by judging or limiting it with thoughts.

Think of liminal times in your life, those bits of times when your old world has broken apart; the death of a loved one, an illness, or the ending of some work or project. As they threw you into an unknown, unfamiliar territory, you may have found that the unfamiliarity made you pause and try to make new sense of it all.

The INVITATION:
Make a practice this week of leaning into whatever unknowing you have on the inside and ALLOWING whatever is there just to be there and RADICALLY do nothing with it in your mind and thoughts or actions.

This offer will bring you into your own energy system, revitalising and realigning you.