Our Clues on How to IDEATE Better 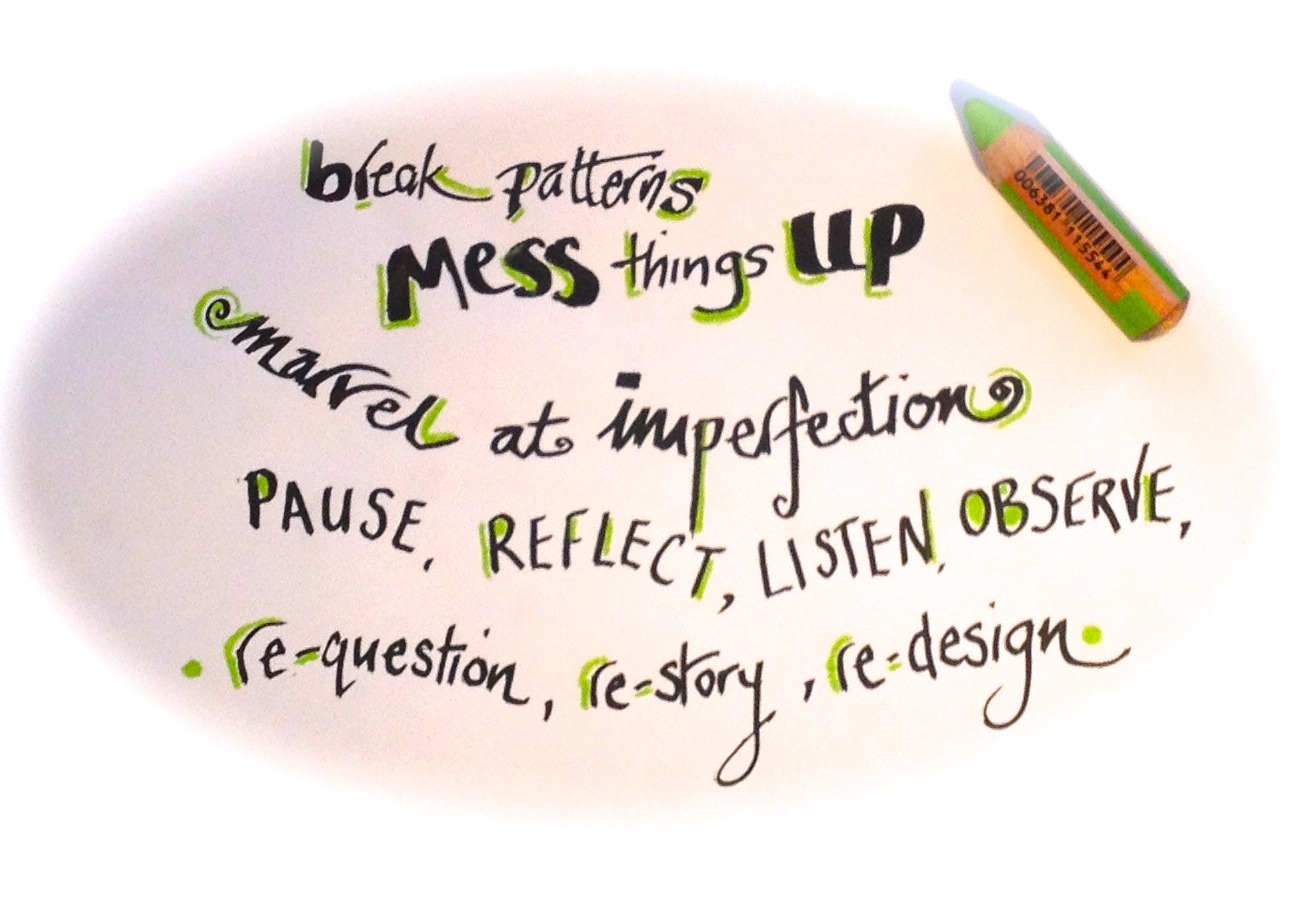 For 14 years now, we have been working with individuals and organisations drawing conversations and unearthing peoples’ invisible drivers and making them visible. We’ve looked at the Big Picture that results, and together we’ve drawn the connections and created a sense-making and a simplicity of what has been for many, a kind of mental complexity.

This process has made difficulty seem not so difficult, in fact it’s made it different. It’s made situations more malleable and more open to possibility to create something new, something more workable while working creatively with people and coaching or facilitating in organisations.

Today we offer this picture to you as a creative person, a coach, or a facilitator, to support you with some of the ingredients we have found really work within the workshop environment as well as in any person to person encounter. Indeed, this will support any creative process.

Dare to TRUST and in this moment stick to NOT KNOWING and not focussing on the outcome. Dare to throw things up in the air and let them fall into a new place. Dare to marvel at the apparent imperfection of what results.

As you let go of all the controlling habits, devote your energy instead to deeply LISTENING and lose yourself in the drawing. Watch instead, as the answers your head was wanting appear.

In 14 years this technique has never failed me. In 14 years it would be more true to say that I have failed IT! Many times I have lost faith in letting go and the process has dropped flat, become predictable. The air would go out of the wings of the creative process.

Trust and then imagine that the abstract energy of the words themselves have a power far beyond what you could imagine they might have. Let them do the talking, let them become a tangible force as you listen and capture them.

Now you can stop and step back. Now you can begin phase two, the sense-making phase of joining dots, making new connections, surveying the new map and constructing the new outcome which has appeared.