Getting to Engagement, Ownership and Creativity May Be Easier than You Think 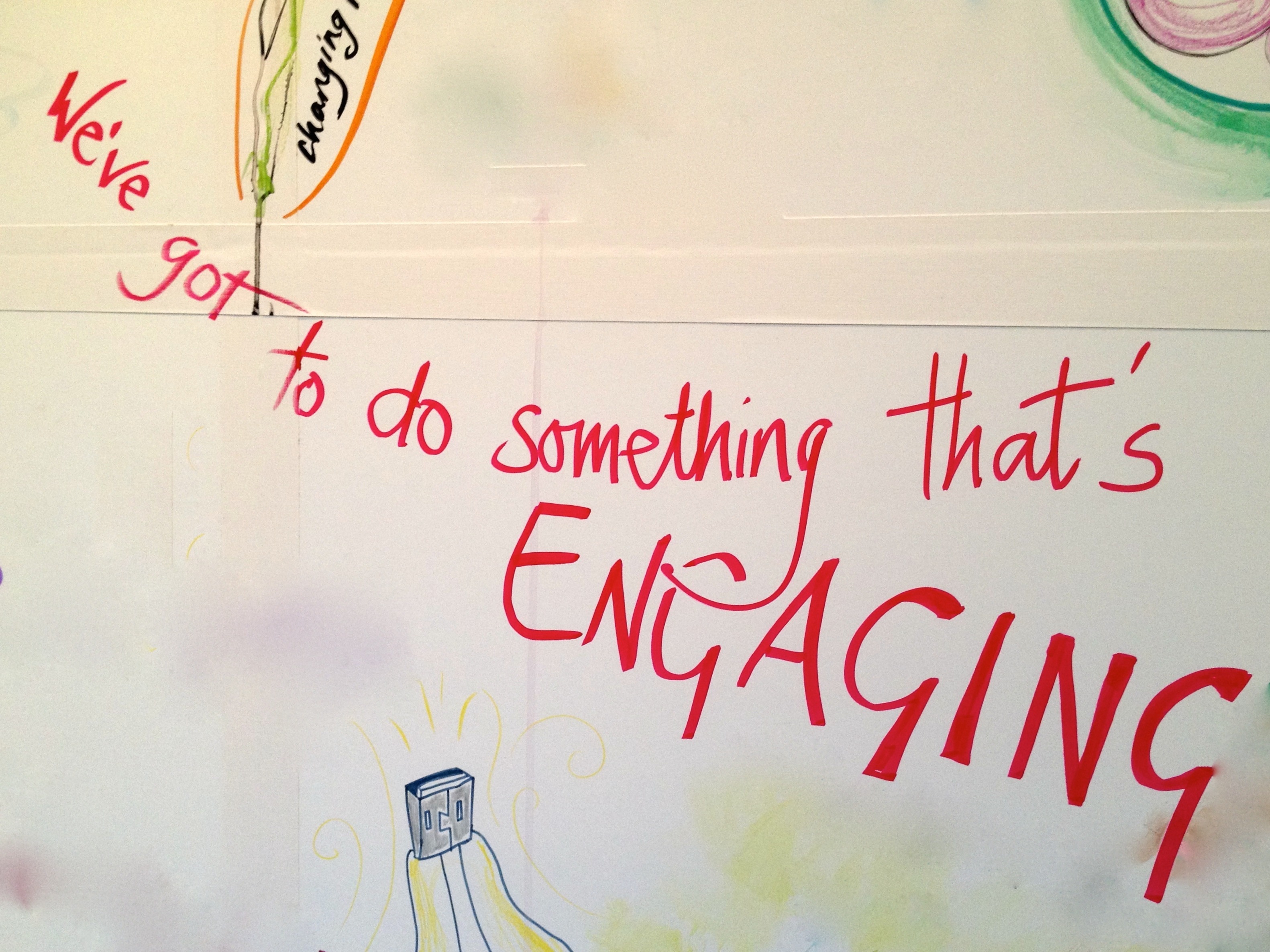 More and more we are sensing that rather than bringing in experts on creativity we are starting to understand the necessity to activate it in ourselves and bringing it out in the questions we ask and the conversations we have amongst ourselves.

So how can we begin this process of changing our own story about ourselves and tap into our own creativity?

There has always existed a simple, almost obvious approach to addressing that which we spend so much in time and resources importing, but for us it has proved profound. It might seem paradoxical at first, but increasing engagement and ownership, as well as activating creative thought development can be initiated by deeply listening to what others around us have to say. Often it’s about not listening to the words spoken, but rather listening for bigger, wider meaning, or the intention behind the words.

Incredibly this type of listening begins to open doors. As we continue to listen a space forms and in that space bigger questions appear than might otherwise in a “normal” conversation. These bigger questions arising from deeper listening are often unexpected, surprising, full of creativity and powerful motivators for a shift to take place. As we change the way we show up everything else changes around us.

People begin to notice a difference, not from what is being said, but rather from a different quality of attention they notice around them. This in itself begins to draw people in, to open up a new, still delicate quality, of wonder. As we are really listened to we begin to respond and yes, we begin to engage. It might feel uncertain at first because we are on a new edge; something new has entered the quality of our conversations.

But what happens when you personally and honestly engage without any necessity for a plan or structure is that you default directly to a creative field. Suddenly you are in creativity; you are treading the new ground actively. And this new ground is a playing field of possibility and potential that requires also a bigger, wider container to hold it in.

Without spending huge amounts on bringing in experts to tell you how to be creative, or how to engage people, you side-step straight to action, straight into the experience of the thing you are wanting more of.

By doing this you connect to the huge field of wisdom already existent within your organisation. It’s an aware and intelligent approach, which paradoxically radically innovates the term “Managing People”. And the more you listen to your own organisational wisdom, the more you actively engage with engagement and ownership thereby growing more of it.

It’s not about adding on or adding to something as if there was a shortage of it. It’s actually about creating the right environments for engagement, ownership and creativity to grow and flourish.

We are all creative. From somewhere I know that to be true. All of us can create including those who consider themselves to be working in the most uncreative and mundane of working environments. It is my belief that in spite of what we actually do in our jobs, or how we might describe what we do, that wherever people exist, also exists the potential for creativity and new stories and narratives to blossom. In short, what exists is the possibility for positive change to happen.

In my line of work people are always stating that they are not creative. It’s almost like they’ve divided everyone into camps – those with and those without it. I sense we generally feel safer in the non-creative camp. Yet time and time again this theory is disproved when we get together and co-create with teams in organisations. The people I encounter in even the most self-described “dull” lines of work are infinitely fascinating. No matter where we work there are characters and histories; storylines with heroes and heroines, challenges and dramas. It’s all there everywhere you go; it’s all part of the human experience and it all exists within the human imagination.

It occurred to me recently at an in-house event how we story ourselves into corners and then yearn for something more. We tell the story that what we do is dull and that therefore we too are dull, and effectively believe that story to be true. From there we simply create the actions that affirm the greyness of our story and create what we don’t actually want.

Organisations today sense that creativity is needed for growth so they hire in creative experts who then teach them the “how to’s”. And yet all along there is a creative inside each of us rather stuck and stagnant and (I believe) yearning to get out.

I have also noticed a phenomenon that occurs when creative people enter big organisations whether for short or long term work. It seems that their presence somehow puts the possibility of a new story into the organisational field where a sort of permission giving occurs. People respond to this new creative energy by mirroring it with their own. A participant at a company event recently got intrigued while watching us draw a ‘Big Picture’ for his organisation. He asked us if we might be able to create an image that visually expressed an idea he had which our picture was triggering for him. What was interesting however, is that as he asked us for help he suddenly had his own answer, his own idea for an image that summed up his idea most brilliantly.

There is so much waiting to happen at work and we are hovering around and beginning to touch on it.

What conversations would you love to have at your work? Where might the edges want to expand in your organisation? What potential do you sense as wanting to happen?

Contact us for a consultation in creativity support, leadership coaching, human potential development.